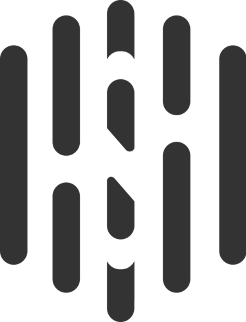 Hush implements Extreme Privacy via blockchain tech. We have our own genesis block. We are not a chain fork (copy) of another coin. We are based on Bitcoin code, with sophisticated zero-knowledge mathematics added for privacy. This keeps your transaction metadata private!

This software is the Hush node and command-line client. It downloads and stores the entire history of Hush transactions; depending on the speed of your computer and network connection, it will likely take a few hours at least, but some people report full nodes syncing in less than 1.5 hours. A competing privacy coin takes over 24 hours to sync their full nodes because of Sprout Transactions, lulz.

In working on this release, Duke Leto was suspended from Github, which gave Hush developers the impetus to completely leave that racist and censorship-loving platform.

Hush now has it's own git.hush.is Gitea instance, because we will not be silenced by Microsoft.

All Hush software will be released from git.hush.is and hush.is, downloads from any other domains should be assumed to be backdoored.

Hush is unfinished and highly experimental. Use at your own risk! Just like Bitcoin.

We are looking for alternate explorers to be run on Tor, i2P and other TLDs, if you are interested please join TG and ask questions.

To claim funds on the new chain, there are few options.

Firstly, no bueno! Not your keys, not your coins. It's best not to store coins on exchanges. But in this case, you lucked out! There is nothing to do to claim new coins if you have coins on an exchange that supports the new Hush chain. The exchange will follow the instructions from the next section and you will magically have funds on the new chain. Note that old Hush addresses started with t1 and now they begin with R.

To see what an old HUSH v2 address looks like on the new chain, this online tool can be used: https://dexstats.info/addressconverter.php

or this command line tool: https://git.hush.is/hush/hush3/src/master/contrib/convert_address.py

Backup your old HUSH wallet.dat, and backup any current wallet.dat that is in your

directory. There is no way to lose funds, as long as you have backups!!! Make sure to make backups. Do not skip this step.

Make sure any/all GUI wallets are stopped! Also make sure your old Hush node and new Hush3 node are stopped:

Do not copy wallets or move wallets while your full node is running! This could corrupt your wallet!

The reason this works is that both old HUSH and new HUSH are still Bitcoin Protocol coins, which both use secp256k1 public keys. Now start your HUSH3 node again, with this special CLI argument that will clear out transactions from your wallet:

This will cause a full history rescan, which will take some time. Once it's complete, you can see your funds with this command:

NOTE: Do not use this wallet except to send funds to a new wallet!

You can also transport funds one address at a time via private keys.